For millennia, philosophers and sages around the world have sought to find connections between the physical universe and our mental, spiritual, and physical wellbeing. Some of these links—such as nutrition for health and the use of hot springs for detoxification—can be tested and proven by clinical trials. When it comes to the study of gemstones in astrology, we are looking more at a system of belief rather than a science. However, beliefs surrounding gemstones and zodiac signs are present in every culture and provide a fascinating topic of study for gemstone enthusiasts.

The word astrology is a Greek word that means “the study of the stars”—from “astron” = “star” and “-logia” = “treating of.” Initially, astrology was used as the calendar of the ancient world—using the movement of the heavenly bodies to track days, months, seasons, and years. Over time, these same movements and constellations came to be given the power to describe human characteristics and tendencies (based on birth date) and to influence the course of people’s lives.

Today, gemstones in astrology are used as a way to maximize the positive aspects of your zodiac-related tendencies and temper the negative aspects so that you can enjoy greater success in life. They are also used to help bring about the star and planetary attributes (such as wealth and love) that you would like to experience more of in your life.

The sun is classified as a yellow dwarf star and is traditionally used to mark the beginning and end of each day. In ancient Rome and Egypt, the sun was revered as a divine being and associated with strength, power, fertility, and the harvest. As a result, yellow-colored gemstones like yellow topaz (and the look-alike citrine gem) were believed to bring these same qualities to the wearer in ancient gemstone astrology.

The light of the night and marker of months, the moon is associated with the Cancer zodiac sign, pearl, and moonstone. While AZEERA does not offer either of these gems in our handcrafted rings, we do work with aquamarine gemstones which are linked with the moon in astrology due to the moon’s influence over the ocean tides.

In astrology, gemstones and the zodiac signs sometimes line up with the modern and traditional lists of birthstones and sometimes with the calendar of Ayurvedic birthstones. According to online lists, these are the gemstones most commonly used in astrology:

The concept of birthstones in general is thought to have been inspired by the 12 gemstones on the breastpiece of Aaron the High Priest (representing the 12 tribes of Israel), although the exact gemstones used in this piece are still a matter of literary uncertainty. 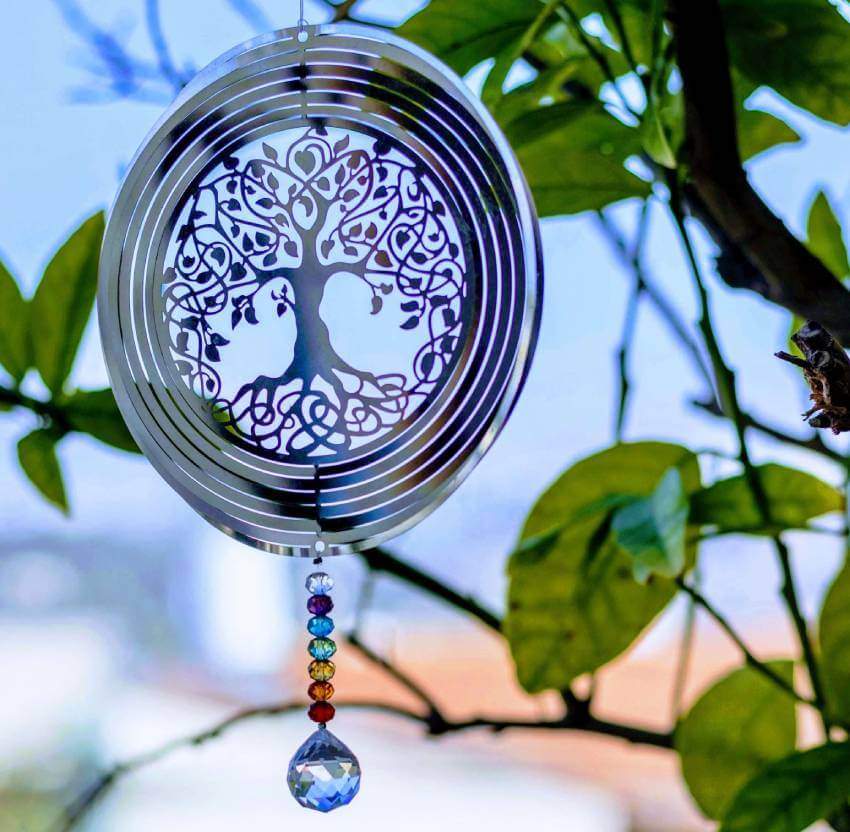 While one way to choose a stone for your gemstone ring or cufflinks is according to the gemstones linked with your zodiac signs and planets, another use of gemstones in astrology is to match your gemstone to your personality traits and health tendencies and claim the stone’s mystical benefits for yourself.

For example, a person who tends to stress a lot is believed to benefit from a calming stone like aquamarine, whereas someone who needs more organization and focus is thought to do better with citrine. If you suffer from a particular health condition, illness, or disease, you might be advised by a crystal healer to wear a specific gemstone to provide the right vital energy to unblock the associated pathways and enable your body to heal.

Gemstones and the Chakra System

In Hindu and Ayurvedic thought, gemstones in astrology are linked with parts of the body through the system of chakras—which are focal points in the body for bringing about transformation to health. The seven chakras are as follows:

You can find references to the role of gemstones in transforming specific chakras in our blog posts about the Citrine, Swiss Blue Topaz, and Blue Sapphire gemstones in astrology.

Ensure a Pure and Positive Energy by Purchasing Conflict-Free Gemstones

If you are interested in the study of gemstones in astrology and traditional healing practices, consider the source of your gemstones carefully, as the way a stone was mined is likely to have an impact on its healing energies. Before you buy gemstones linked with specific zodiac signs, find out where that gemstone was mined and whether its extraction included shock waves of dynamite, violent labor conditions, and/or corrupt organizations that use gemstones to fund local conflicts.

At AZEERA, our gemstones are all mined by legitimate, conflict-free companies that our families have known for generations. Read more about our transparency and integrity in sourcing our gemstones and contact us with your custom ring design idea today.