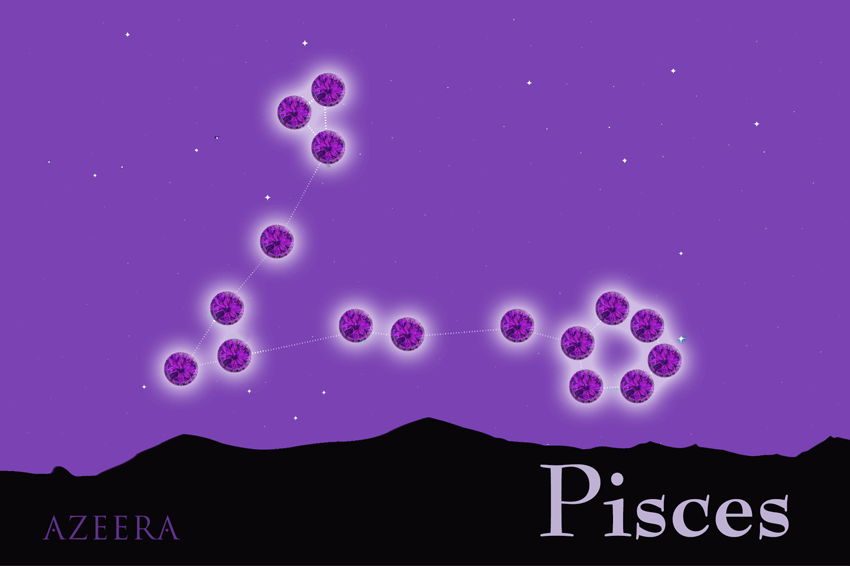 According to Indian Vedic astrology, amethyst is believed to be a complementary stone for natives born under the Zodiac signs ruled by Saturn (Shani), specifically Capricorn (Makara), Aquarius (Kumbha), Taurus (Vrishabh) and Gemini (Mithun). If matched well with an individual, the stone is said to bring swift improvements to one’s financial and romantic statuses.

Vedic tradition also considers amethyst as a suitable substitute for blue sapphire, and is commonly worn with the belief that it will decrease the harmful effects of the malefic position of Saturn (believed to be the wicked planet) in an inhabitant’s horoscope.

It is suggested that amethyst has great power when used by individuals who work primarily with calculations and more logic-based tasks, including scientists, physicians, astrologers, scholars and mathematicians. It’s also believed to increase spirituality, enhance protection and advance intuition. Amethyst is even associated with opening channels to his or her past lives, telepathy, clairvoyance, and even the ability to communicate with those who have passed away.